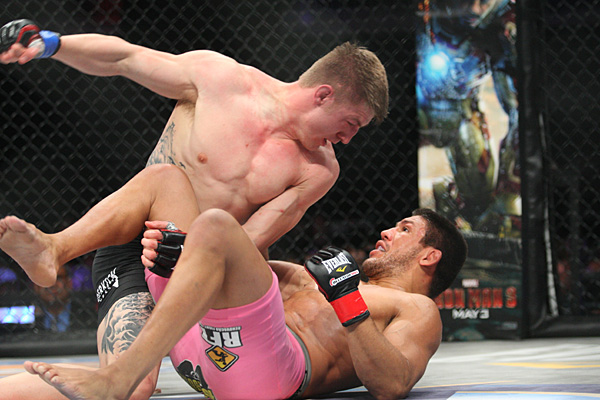 Trey Houston has finished all 10 of his professional triumphs. | Keith Mills/Sherdog.com

The promotion announced the change on Wednesday. Additionally, a tournament reserve bout pitting Marcus Sanchez against Jordan Smith has been added to the event. Should one of the original entrants become injured, the Sanchez-Smith winner will be available to take his place.

Houston enters the tournament having lost back-to-back fights under the Bellator MMA banner. The Bixby, Okla., native began his pro career with 10 straight victories, finishing all of his opponents by knockout, technical knockout or submission. Most recently, Houston tapped out to an arm-triangle choke against Luis Sergio Melo Jr. at Bellator 94.