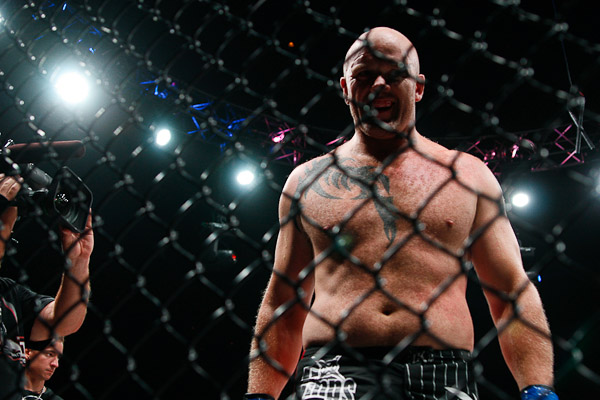 Three titles will be up for grabs at UCMMA 31.

The Dec. 1 event will be headlined by a heavyweight championship showdown between reigning titleholder Darren Towler and well-traveled challenger Neil Grove. The show takes place at The Troxy in London and will also see Lloyd Clarkson and Ben Callum collide over the vacant middleweight title, while Jody Collins and Cory Tait do battle for the vacant bantamweight strap.

A former UCMMA champion, Grove, 41, has lost four of his last five bouts. “Goliath” advanced to the finals of Bellator’s third-season heavyweight tournament two years ago but was quickly submitted in the finals by Cole Konrad. Following back-to-back losses to Mike Hayes and Thiago Santos, Grove was bounced from Bellator and joined up with India’s Super Fight League, falling by technical knockout to Todd Duffee in his April 7 promotional debut.

Clarkson makes his UCMMA foray on Dec. 1 on the heels of two consecutive victories. The middleweight closed out last year with a November victory over Kevin Webster but did not fight again until this past September, when he finished Earl Brown at Fury MMA 6.

Beaten just once as a pro, Callum rebounded from a February decision defeat by earning a pair of lightning quick finishes in May and August, knocking out Charlie Langley and Tautvydas Lileikis in less than one minute combined.

Collins has yet to taste defeat, racking up six pro wins to his credit since turning pro in May 2010. The Brit made his UCMMA debut on Aug. 18, submitting Steve Brazier with an arm-triangle choke in just 63 seconds.

Tait has fought the majority of his two-year pro career under the Ultimate Challenge MMA banner, most recently finishing Huseyin Garabet with a second-round rear-naked choke on May 26 at UCMMA 28.