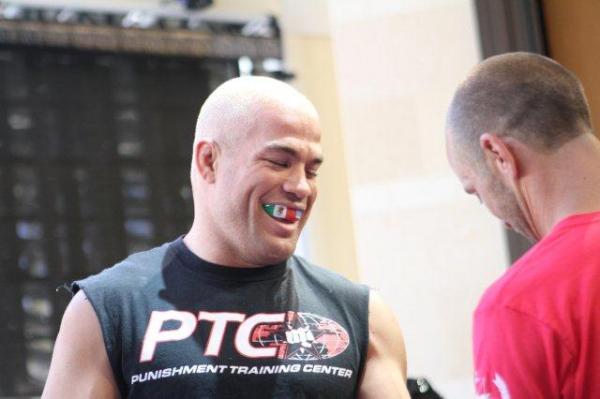 Ortiz and Griffin walked away with “Fight of the Night” for their light heavyweight affair, while Silva earned “Knockout of the Night” for his second-round stoppage of Chael Sonnen at the MGM Grand Garden Arena in Las Vegas. As no fights ended by submission, a “Submission of the Night” bonus was not announced.

Ortiz could not snag a victory in his farewell fight, but the newest addition to the UFC Hall of Fame did manage to bank a few extra bucks in his three-round slugfest with the original “Ultimate Fighter” winner. Though the 37-year-old dug deep to drop Griffin in both of the final two rounds, his foe recovered each time and fought gamely until the final bell, taking a unanimous decision over the fighter formerly known as “The Huntington Beach Bad Boy.”

All went according to plan for Sonnen in round one, as the Oregonian immediately charged Silva and planted him on the canvas. Sonnen managed to pass to half-guard and then mount, but he was unable to find the finish as the champion held on tightly to end the frame. Sonnen again came out aggressively in round two, pressing the champion against the cage before whiffing on a spinning backfist that caused him to topple to the canvas, where Silva landed a hard knee to the American's chest. Though Sonnen would escape to his feet, Silva put him back on the floor quickly, dropping him with a short right hand and finishing the job with ground-and-pound.