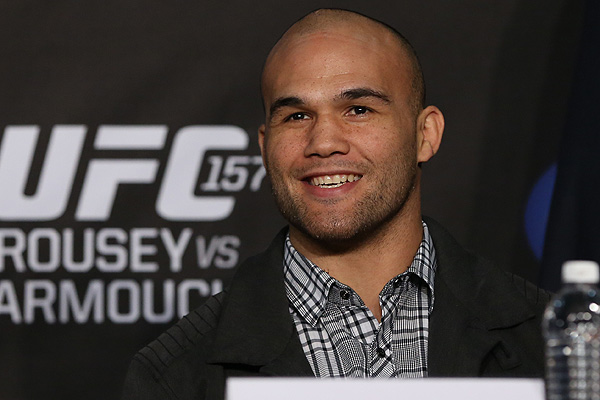 Lawler and Robertson were awarded “Knockout of the Night” and “Submission of the Night” for their respective first-round finishes of Josh Koscheck and Brock Jardine, while Bermudez and Grice shared “Fight of the Night” honors for their wild featherweight showdown at Honda Center in Anaheim, Calif.

Lawler’s return to the Octagon did not begin auspiciously, as “Ruthless” gave up an early takedown to Koscheck. Though the southpaw used a butterfly hook to escape to his feet, Koscheck once again dragged him to mat before the former EliteXC champion regained his base and sprawled out on yet another single-leg shot. With space to work, Lawler cracked Koscheck with a hard left to the temple and followed up with a violent flurry of punches that forced referee Herb Dean to stop the bout.

In the evening’s final Facebook prelim, Robertson quickly found himself caught in a Jardine guillotine choke, which he escaped before passing to side control. Robertson took his foe’s back, sinking in both hooks. Not long after, the welterweight reached down and grabbed his crouching opponent’s heel, painfully stretching Jardine’s hamstring to force a verbal submission.

Bermudez picked himself up off the canvas in the first round of his preliminary duel with Grice, fighting his way back in a competitive second frame and then bludgeoning “The Real One” in the third stanza with continual heavy blows en route to a split decision victory.