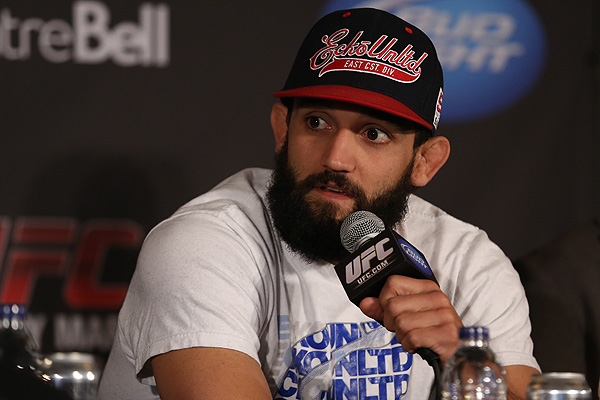 Three men walked away from UFC 158 with an additional $50,000 on Saturday night, as Johny Hendricks, Carlos Condit and Jake Ellenberger were awarded post-fight bonuses.

Condit and Hendricks took home “Fight of the Night” honors for their exciting welterweight co-headliner, while Ellenberger earned “Knockout of the Night” for his first-round finish of Nate Marquardt. Since no fights ended via submission, no “Submission of the Night” bonus was handed out.

Ellenberger, 27, engaged Marquardt on equal ground early in their main card affair, looking to find a home for his well-documented punching power while “The Great” chipped away with kicks to Ellenberger’s legs and body. “The Juggernaut” finally found his mark midway through the frame, catching the former King of Pancrase with a solid combination that dropped Marquardt to his knees, where his lights were then quickly turned out with a hard right hand to the temple.

Hendricks let his intentions be known right off the bat in his pivotal showdown with Condit, using his heavy left hook to aggressively pursue “The Natural Born Killer” in the first two frames while periodically planting Condit on the mat with takedowns. Though Condit put forth a great effort throughout the contest and rallied in the third frame, it was ultimately Hendricks who found himself the new No. 1 contender when the judges’ scores were read.