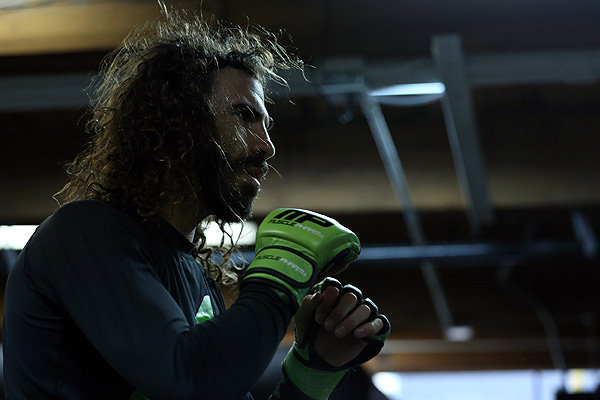 Clay Guida and Chad Mendes have once again been slated to cross paths, as UFC officials announced Tuesday night that the featherweights will collide at 164.

Guida and Mendes were first expected to clash last month at UFC on Fox 7, but that booking was scrapped after Guida withdrew due to injury, and Mendes instead faced Darren Elkins. UFC 164 takes place Aug. 31 at the Bradley Center in Milwaukee and will also see Erik Koch lock horns with Dustin Poirier. Koch was initially supposed to face “The Diamond” last year at UFC 143, but Poirier ended up fighting Max Holloway after Koch was also derailed by an injury.

Once considered the UFC’s top featherweight contender, Koch most recently saw a four-fight winning streak snapped by Ricardo Lamas, who brutally stopped “New Breed” in the second round of their Jan. 26 meeting. Poirier enters the cage coming off a decision loss to surging veteran Cub Swanson at UFC on Fuel TV 7 -- a result which netted the 24-year-old his second loss in three outings following a five-fight unbeaten streak.