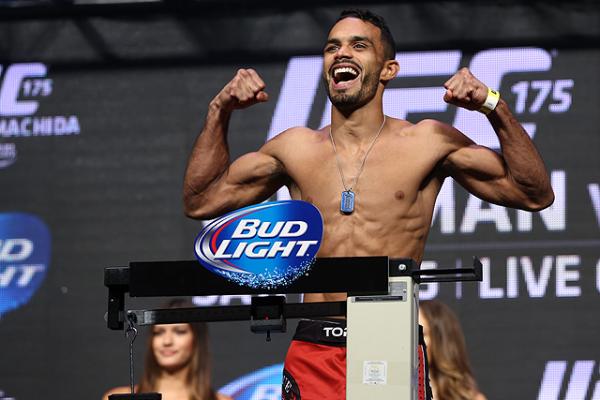 
UFC middleweight champion Chris Weidman and challenger Lyoto Machida each earned an extra $50,000 for their headlining battle at UFC 175.

The 185-pounders shared “Fight of the Night” honors for the five-round title fight Saturday at Mandalay Bay Events Center in Las Vegas, which saw Weidman cruise to a unanimous decision victory. Aside from a fourth round in which Machida began to mount a comeback, the undefeated champion from Baldwin, N.Y., impressed in his second title defense.

In the pay-per-view’s co-main event, Ronda Rousey netted a $50,000 “Performance of the Night” bonus for her 16-second knockout of challenger Alexis Davis. Following a stiff right hand to the temple, the former Olympian tossed Davis to the mat, and then followed with a smattering of unanswered punches to Davis’ head to earn the stoppage from referee Yves Lavigne.

Rob Font made his UFC debut in emphatic fashion, knocking out George Roop with a right hand in the first round. The two-plus minutes of action earned the Team Sityodtong featherweight the second “Performance of the Night” title and a cool $50,000 for his efforts. With the victory, Font pushed his current winning streak to 10 fights.