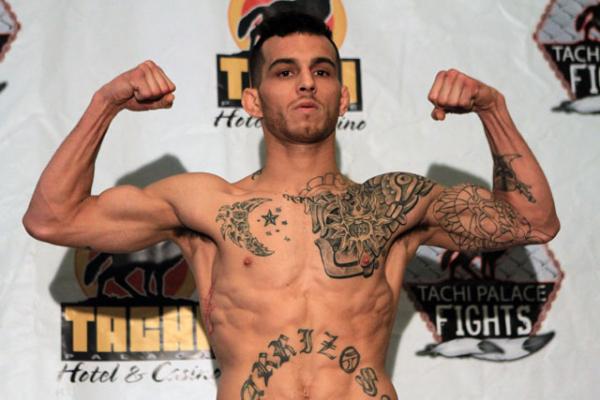 
Two Ultimate Fighting Championship newcomers, Cain Carrizosa and Chris Wade, will compete in a lightweight contest at UFC 177 on Aug. 30.

A native of Woodlake, Calif., Carrizosa will make his Zuffa debut following six consecutive wins to begin his professional mixed martial arts career. With five of his contests taking place on the independent circuit, Carrizosa does have one fight with Bellator MMA, in which he defeated Juan Quesada by submission at Bellator 102.

Wade was scheduled to take on Chris Tickle at Ring of Combat 49 on Sept. 19, but will forego that scrap in order to enter the Octagon. The Long Island, N.Y., product will enter the tilt with a record of 7-1. Wade’s lone defeat came in his only fight outside of ROC, an appearance for World Series of Fighting at WSOF 2 against Ozzy Dugulubgov.