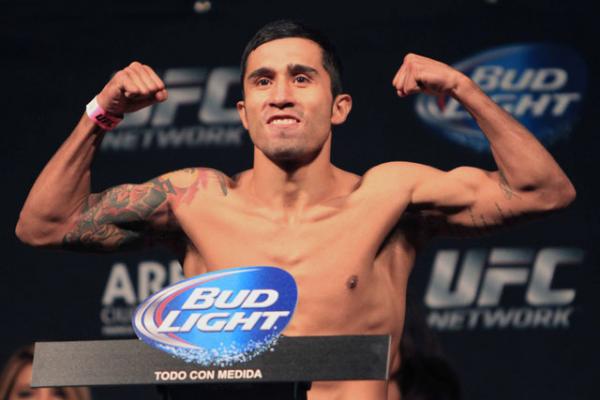 
A bantamweight tilt pitting Alejandro Perez against Patrick Williams has been added to the UFC 188 lineup.

The UFC announced the bout on Thursday night. UFC 188 takes place at Mexico City Arena in Mexico City on June 13 and is headlined by a heavyweight title clash between Cain Velasquez and Fabricio Werdum.

The winner of the inaugural season of “The Ultimate Fighter: Latin America,” Perez was successful in his first promotional foray, as he outpointed Jose Alberto Quinonez at UFC 180. “El Diablito” is 15-5 as a pro, with 11 victories inside the distance.

Williams’ Octagon debut came in April 2014, when he was knocked out by a Chris Beal flying knee at UFC 172. The 33-year-old Floridian has not competed since that defeat.