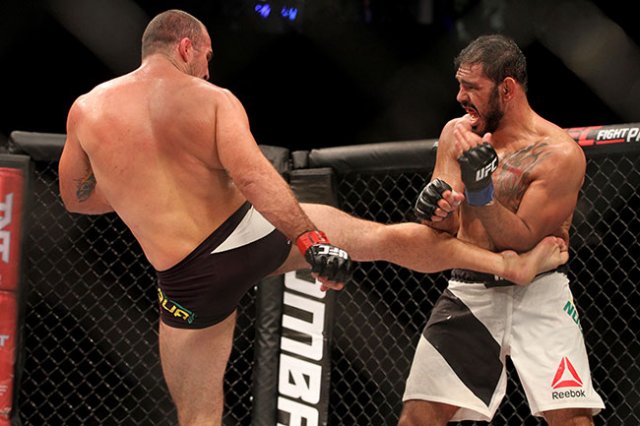 To the surprise of no one, Rousey pocketed a $50,000 “Performance of the Night” check for her 34-second demolition of Bethe Correia in the evening’s headliner at the HSBC Arena in Rio de Janeiro. Rather than rely on her trademark armbar, Rousey elected to trade with her Brazilian foe and ultimately sent Correia plunging face-first to the canvas with a right hand near the fence.

Meanwhile, Rua and Nogueira turned back the clock in a rematch of their 2005 contest in Pride Fighting Championships to capture “Fight of the Night” honors. Just like their first meeting, “Shogun” emerged victorious via unanimous decision. Rua had to survive a precarious first round, but maintained his composure and rallied down the stretch to earn the nod on the judges’ scorecards.

Finally, Maia unceremoniously ended Neil Magny’s seven-fight winning streak and earned the card’s other $50,000 performance bonus in the process, as he submitted the Colorado native with a rear-naked choke at the 2:52 mark of round two. The welterweight contest was never competitive. Maia took his foe down with ease, moved to mount and dominated position throughout before securing the fight-ending submission.