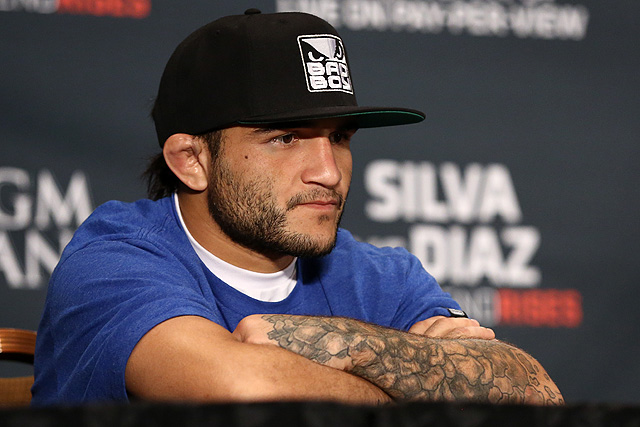 
While Demetrious Johnson’s string of dominance continued at UFC 191, it was John Lineker and Francisco Rivera who stole the show at the MGM Grand Garden Arena in Las Vegas on Saturday night, as each pocketed $50,000 for “Fight of the Night” honors.

The short-lived slugfest, which marked Lineker’s 135-pound debut, was thrilling while it lasted. The two bantamweights didn’t wait long to start trading haymakers, but Lineker landed the first significant blow, dropping “Cisco” with a pair of hooks near the fence. Rivera somehow recovered and the action picked up where it left off until Lineker rocked his foe again and secured the fight-ending guillotine choke at the 2:08 mark of round one after his foe shot for a desperation takedown.

Elsewhere, Anthony Johnson garnered a $50,000 “Performance of the Night” award for his second-round technical knockout of Jimi Manuwa in a featured light heavyweight affair. “Rumble” floored Manuwa with a counter right hand in the second round and clinched the victory with a pair of follow up punches on the mat 28 seconds into the stanza.

Finally, Raquel Pennington’s penchant for last-second submissions helped her pocket the evening’s other $50,000 “Performance of the Night” bonus, as she tapped out Jessica Andrade with a rear-naked choke at the 4:58 mark of round two. “Rocky” previously finished Ashlee Evans-Smith with a bulldog choke with one second remaining in the first round at UFC 181, although that finish did not net a post-fight bonus.