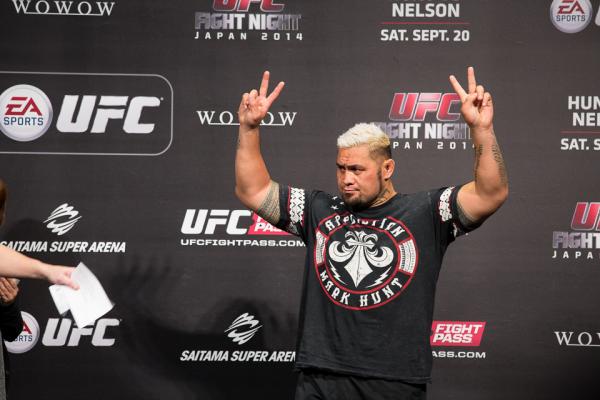 
UFC 193 officially has a venue and a co-main event.

UFC President Dana White on Wednesday announced via Twitter that the Nov. 14 event will take place at Melbourne’s Etihad Stadium and will feature a heavyweight rematch between Mark Hunt and Antonio Silva in the evening’s co-headliner.

UFC 193 is topped by a welterweight title clash between Robbie Lawler and Carlos Condit.

Additionally, Jake Matthews will face Akbarh Arreola and Daniel Kelly will lock horns with Ricardo Abreu at the event, according to a report from the Sydney Morning Herald.

Etihad Stadium opened on March 9, 2000, as a multi-purpose venue designed primarily for sporting and entertainment events. According to its website, it is the “only football stadium in the Southern Hemisphere with a retractable roof.” Etihad Stadium has hosted Australian Football League games, rugby, cricket and FIFA World Cup qualifying matches.

“Around 56,000 fans occupied every seat and standing space for a game of international rugby in 2013 and we’re anticipating a similar crowd,” Ethiad Stadium CEO Paul Sergeant told The Herald in a statement.

Hunt and Silva first squared off at UFC Fight Night in December 2013, when they dueled to a memorable draw that was one of the year’s best fights. The slugfest lost some of its luster, however, when Silva tested positive for elevated testosterone after the bout.

Since then, Hunt has posted a 1-2 mark in the Octagon, including a five-round technical knockout loss against Stipe Miocic in his most recent outing on May 10. Silva meanwhile, lost two straight contests via knockout before returning to the win column with a second round stoppage of Soa Palelei at UFC 190.