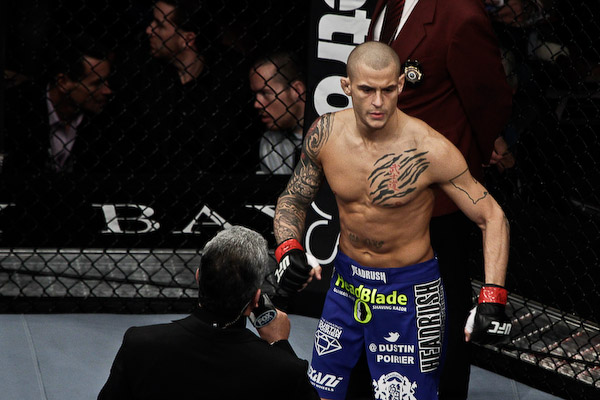 American Top Team officials Wednesday announced the addition of two new members to the vaunted MMA gym, as Dustin Poirier and Nick Newell have both set up shop in Coconut Creek, Fla.

“I’m really excited to be at a gym like American Top Team and see where working with such a talented group of guys can take me in my career,” Poirier stated in a release. “All the coaches here are world class, and I can’t wait to work with them for a full fight camp. I came a long way from the beginning of my career working at a small gym, and I’m looking forward to taking the next step.”

Poirier, 23, saw a five-fight winning streak snapped when he was submitted by Chan Sung Jung at UFC on Fuel TV 3 on May 15. Prior to that setback, “The Diamond” had been perfect as a UFC featherweight, topping Josh Grispi, Jason Young, Pablo Garza and Max Holloway following his two-fight stint as a lightweight in the WEC.

Meanwhile, Newell, 26, has yet to taste defeat as a professional, earning seven of his eight career victories by either knockout or submission. Newell has competed twice this year thus far under the Xtreme Fighting Championships banner, taking a majority decision over Chris Coggins on April 13 before knocking out Adam David Mays with a knee on August 3. “Notorious” will now split time between ATT and Fighting Arts Academy in Springfield, Mass.