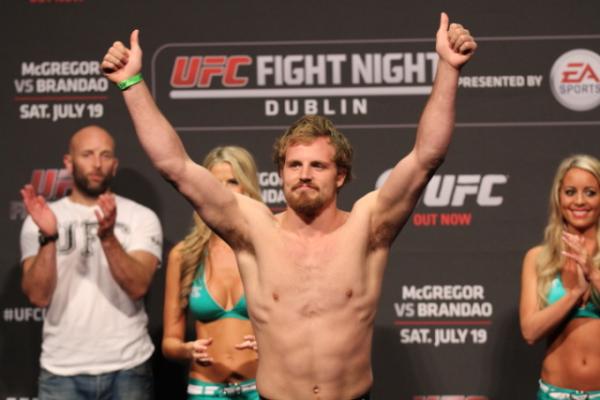 Gunnar Nelson made some extra green in the Emerald Isle. | Ciarán Maher/Sherdog.com

McGregor netted one of the $50,000 “Performance of the Night” awards for his first-round technical knockout of Diego Brandao at O2 Arena in Dublin. The “Notorious” Irishman controlled the fight on the floor before finally finishing the festivities with strikes to the body and head that crumpled “DB.”


Advertisement
This is the second time McGregor has been awarded a UFC bonus, the first coming against Marcus Brimage in April.

For “Gunni” Nelson, his $50,000 “Performance of the Night” bonus came by way of rear-naked choke finish against Zak Cummings in the second round. The scrap started off slow, but Nelson was able to slowly break down the former light heavyweight before sinking in the submission for the victory.

In the $50,000 “Fight of the Night,” Pendred survived a brutal beating in the first round of his fight against King to notch a comeback win. King nearly finished his “The Ultimate Fighter 19” teammate with strikes, but slowed down in the second following his pursuit of the referee stoppage, allowing Pendred to score the rear-naked choke.