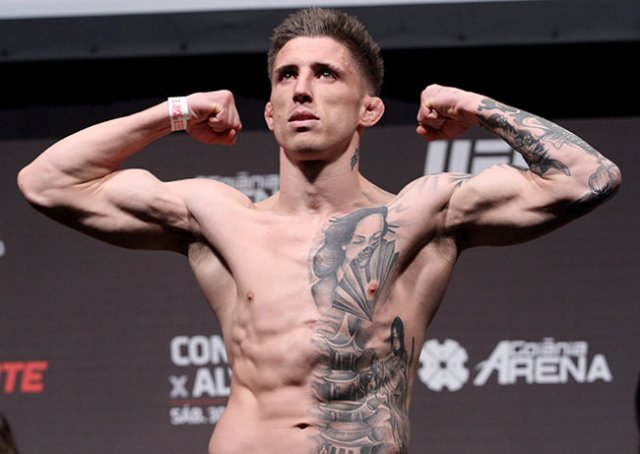 
Seven fighters from Saturday’s UFC Fight Night card in Dublin are facing six months on the sidelines unless they receive medical clearance.

The UFC released medical suspensions from the event to mixedmartialarts.com on Tuesday. Since Ireland does not have a sanctioning organization for MMA, the Las Vegas-based promotion acted as its own regulating body for the event. UFC Fight Night took place at the 3Arena in Dublin and saw Louis Smolka submit Patrick Holohan via second-round submission in the main event.

Norman Parke, who outpointed Reza Madadi in the co-headliner, is facing a six-month suspension unless he provides a negative chest x-ray for a potential rib fracture. Meanwhile, both Darren Till and Nicolas Dalby are out for 180 days following their entertaining welterweight stalemate; Till must provide a negative MRI of his left shoulder, while Dalby must submit a negative x-ray of his left foot.

Darren Till: 180 days or cleared with negative MRI of left shoulder

Krzysztof Jotko: 180 days or cleared by ortho for left hand

Robert Whiteford: 180 days or cleared by ortho for left elbow