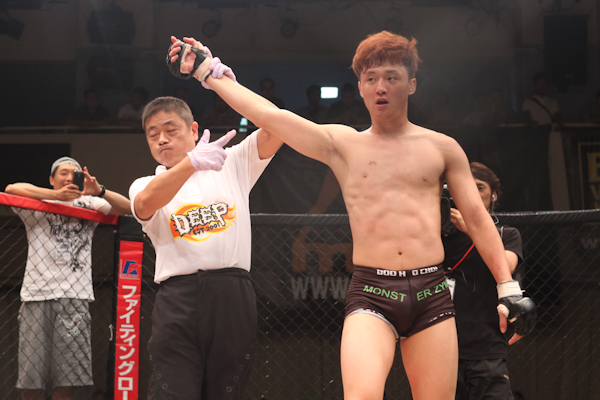 
A heavyweight bout pitting Ruslan Magomedov against Josh Copeland and a featherweight fight between Doo Ho Choi and Juan Manuel Puig have been added to the upcoming UFC Fight Night in Austin, Texas.

Ultimate Fighting Championship officials on Friday announced the additions. The bouts join a card which already includes a flyweight contest between Joseph Benavidez and Dustin Ortiz, as well as a women’s strawweight tilt pitting Paige VanZant against Kailin Curran on the Nov. 22 bill.

A former Resurrection Fighting Alliance heavyweight, Copeland will look to continue his undefeated run at the expense of Magomedov. The 27-year-old Russian was supposed to have fought Richard Odoms at UFC 177, but Odoms was forced out of the bout for undisclosed reasons.

Magomedov has won seven straight fights, including wins over Ricco Rodriguez, Tim Sylvia and his first fight under the UFC banner, a decision victory against Viktor Pesta. Copeland was most recently in action at RFA 16, finishing Jan Jorgensen via technical knockout in the card’s main event.

Choi, a 23-year-old South Korean fighter, will make his UFC debut after a successful stint in Japan’s Deep promotion. Choi will enter the Octagon with only one loss in 12 professional fights.

Puig was riding a six-fight win streak before being finished by Adriano Martins at “The Ultimate Fighter 19” finale. Of his 11 wins, Puig has garnered seven by way of submission.