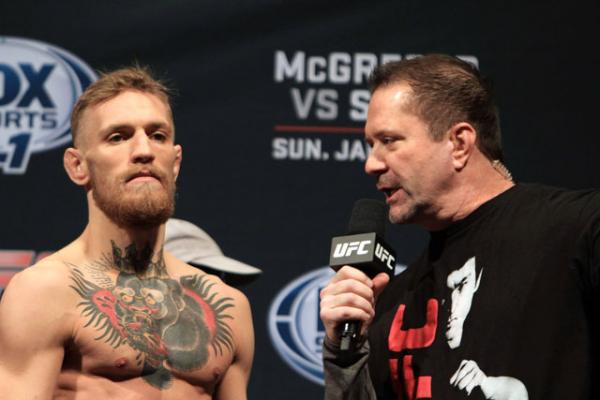 
When it comes to Conor McGregor and television ratings, no headliner has ever drawn more eyeballs on Fox Sports 1 than “Notorious” and his opponent, Dennis Siver.

Not surprisingly, the event peaked when McGregor was inside the Octagon, with 3.162 million viewers tuning in to watch the Irishman finish Siver in the second round.

The ratings come as somewhat of a surprise, as the UFC faced direct competition from the AFC Championship Game -- which was played between the New England Patriots and Indianapolis Colts in nearby Foxboro, Mass..

The Las Vegas-based promotion had faced some scrutiny for its decision to air opposite the NFL -- let alone in a market where the hometown team was competing for the right to play in the Super Bowl -- but the decision seemed to work out quite well. The NFL’s game was not competitive – New England won 45-7 -- and had concluded well before McGregor and Siver hit the Octagon.