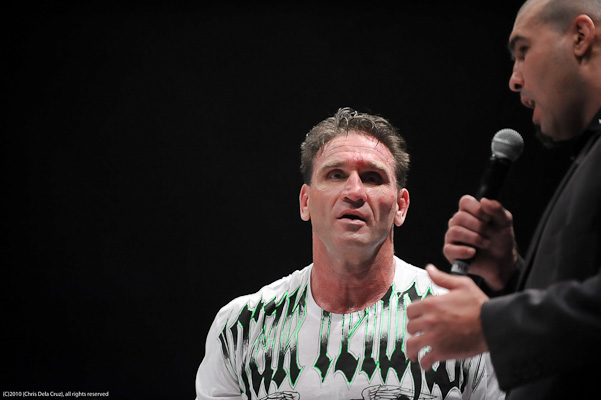 The 51-year-old UFC Hall of Famer made the announcement on his website on Wednesday. The fight is expected to take place in the United Kingdom. No other details, including an exact date, are currently available.

A statement on Shamrock’s website details why the former UFC star is planning a return to the world of combat sports.

“Shamrock is in great health and feels invigorated by this opportunity to continue to compete and to continue giving back to his fans. Shamrock is going back to his roots as a fighter. Knowing his body well, Shamrock knows that his decision to re-enter the ring for the love of this sport is a sound decision,” it reads. “Shamrock adamantly believes that age should never be a restriction to any athlete. People can do amazing feats past their prime, if it’s a priority to them.

“Shamrock knows that bare-knuckle boxing is a sport with great potential to grow well beyond where the sport is today. His involvement in this sport is to show support and help its success.”

Shamrock has not competed since 2010, when he was finished in the first round of his bout against Mike Bourke at a King of the Cage event in South Africa. Most recently, “The World’s Most Dangerous Man” has been doing some promotional work with Bellator MMA.

McDonagh has a lengthy YouTube resume somewhat akin to that of a pre-UFC Kevin "Kimbo Slice" Ferguson. In the clip below, McDonagh competes in a match where he is supposed to either knock out his opponent or pummel him until he gives up.