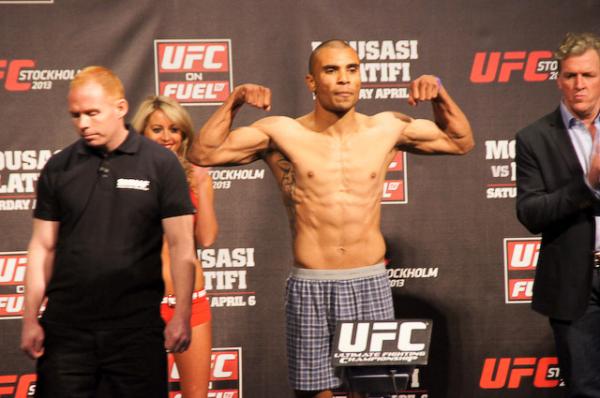 UFC featherweight Robbie Peralta has been suspended for six months in the wake of a positive drug test at UFC on Fuel TV 9.

UFC officials announced the news Wednesday, revealing that Peralta tested positive for marijuana metabolites following his unanimous decision defeat at the hands of Akira Corassani. All 26 fighters were tested at the April 6 event, which took place at Ericsson Globe Arena in Stockholm. Peralta was the only fighter flagged for use of a banned substance.

According to an official statement from the UFC, Peralta has agreed to attend drug rehabilitation classes during his six months on the sideline. Peralta will be required to pass a drug test after serving his suspension in order to compete in the Octagon again.

Peralta, 27, had not lost since July 2009 prior to his defeat to Corassani. The Californian began his UFC career in 2011 and rattled off victories over Mike Lullo, Mackens Semerzier and Jason Young, though his knockout of Semerzier was later changed to a no-contest due to an accidental headbutt that the referee did not initially see. Peralta has stopped all but two of his 16 career victims inside the distance and has never been knocked out in six years of competition.