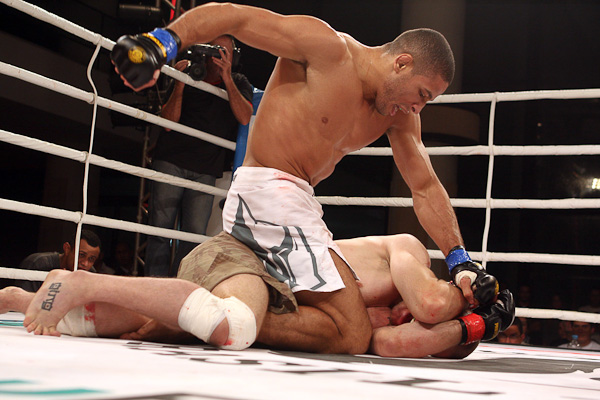 Hacran Dias, the 27-year-old cousin of Bellator competitor Marlon Sandro and main sparring partner of UFC featherweight champ Jose Aldo, signed a three-fight contract with the UFC on Saturday before the cameras of Brazil’s Sensei SporTV.

“Today is the happiest day of my life,” Dias told the Brazilian outlet. “Dede [Pederneiras] has been working on this for a long time, trying to get me in there, and today he came up with the contract, super-happy. When he handed it to me, I couldn’t believe it. Everyone cheered for me. I’m very happy with everything that’s happening to me.”

The date of Dias’ Octagon debut is still unknown.