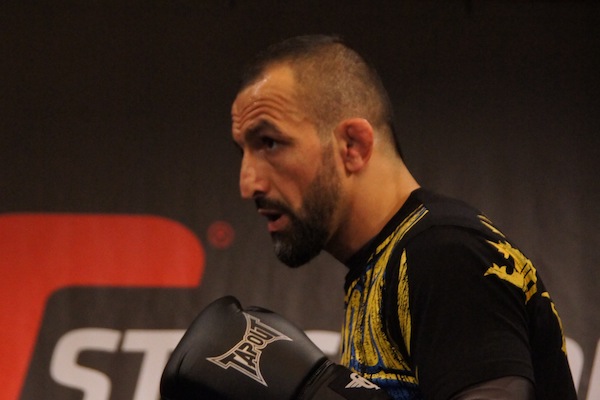 UFC officials announced Tuesday that lightweight Reza Madadi has been released in the wake of his grand larceny conviction.

“Following his conviction by a court of law in Sweden, the UFC organization has elected to terminate its relationship with Reza Madadi based on its Fighter Code of Conduct and the provision of its promotional agreement concerning fighter conduct,” read the official release from UFC parent company Zuffa.

Madadi was Friday sentenced to one year and six months in jail by a Stockholm court for his alleged role in the May robbery of $150,000 worth of merchandise from a designer handbag store. The fighter, who last year made headlines by saving a man and his toddler from drowning, reportedly denies the allegations levied against him and has until Sept. 6 to file an appeal.

Madadi, 33, joined the UFC last year on the heels of six straight wins, debuting with a victory over then-unbeaten Floridian prospect Yoislandy Izquierdo. The Iranian-born Swede saw his momentum halted in a split-decision defeat to veteran Cristiano Marcello but rebounded from the loss with third-round submission of “TUF 12” finalist Michael Johnson this past April at UFC on Fuel TV 9.