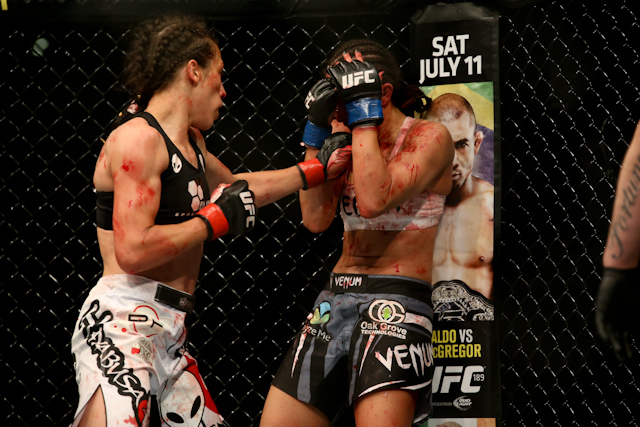 
Despite her overall dominance, Joanna Jedrzejczyk did not escape from her first title defense unscathed.

According to a report on Wednesday’s edition of UFC Tonight, Jedrzejczyk suffered a fractured right thumb in her victory over Jessica Penne in Berlin on June 20. The reigning strawweight queen is expected to undergo surgery for the injury in Los Angeles next week.

Jedrzejczyk overwhelmed Penne throughout their UFC Fight Night encounter at the in O2 World in Berlin, battering her foe with a variety of punches, elbows and kicks. With Penne bruised and bloodied in the third round, referee Marc Goddard finally called a halt to the contest 4:22 into the period.