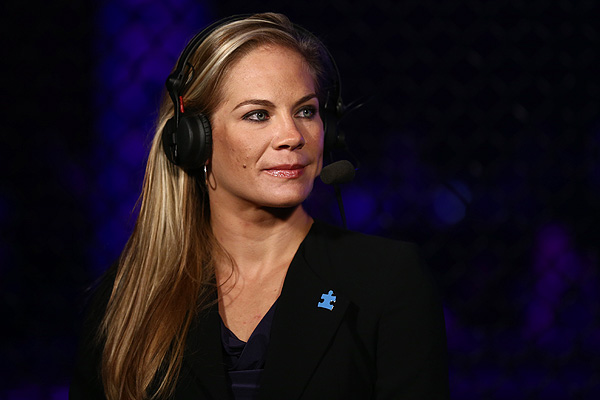 
Julie Kedzie only retired from mixed martial arts a little more than a week ago, but the two-time UFC veteran is already jumping headlong into her next endeavor.

Kedzie announced during Monday’s episode of The MMA Hour that she will serve as the new matchmaker for the all-female Invicta Fighting Championships promotion. Shortly thereafter, Invicta FC confirmed the news via press release.

“We are thrilled to expand Julie’s role in the Invicta FC organization and have one of the pioneers of our sport assume the pivotal role of matchmaker under her wing,” Invicta FC President Shannon Knapp stated in the release. “There is no one more qualified than someone like Julie, who has lived and breathed MMA for the last 10 years, to take on the responsibility of nurturing our athletes, building our roster and creating the most exciting matchups possible for our live event series.”

In addition to matchmaking duties, Kedzie is expected to continue her role as color commentator during broadcasts of the promotion’s events. Invicta FC has held seven events since its debut on April 28, 2012. Most recently, Invicta FC 7 took place at the Ameristar Casino Hotel in Kansas City, Mo., on Dec. 7 and saw Barb Honchak outlast Leslie Smith to retain her flyweight belt in the evening’s main event.

“I am excited about this incredible new opportunity that will allow me to remain as active and hands on as ever in contributing to the growth of women’s competition in our great sport,” Kedzie said. “Shannon Knapp has done an unbelievable job at pushing the envelope and helping transform women’s MMA into an aggressively expanding enterprise, a development that will undoubtedly lead to increased participation in the sport by young women athletes who want to challenge themselves in the world’s fastest growing sport.”

Kedzie, who began her professional MMA career on March 27, 2004, announced her retirement from the sport following a split-decision loss to Bethe Correia at UFC Fight Night 33 on Dec. 6. The Jackson’s MMA product debuted in the Octagon with a split-decision setback against Germaine de Randamie in July. During the course of her 29-bout career, Kedzie earned victories over the likes of Jan Finney, Kelly Kobold, Sarah D’Alelio and Kaitlin Young, to name a few.