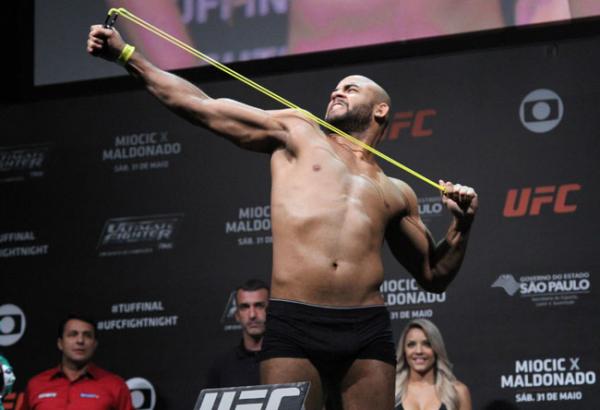 
Four men walked away from “The Ultimate Fighter: Brazil 3” finale with an additional $50,000, including heavyweight headliner Stipe Miocic.

Miocic was originally expected to face Junior dos Santos in Saturday’s main event, but “Cigano” was replaced by Fabio Maldonado after suffering an injury. Maldonado proved to be no match for the American, however, as Miocic punched the upsized light heavyweight in just 35 seconds to close the show’s Fox Sports 1 broadcast and earn one of two “Performance of the Night” bonuses.

Alves was awarded the evening’s second performance bonus, as the middleweight put fellow finalist Marcio Alexandre Jr. to sleep with a third-round guillotine choke. The X-Gym fighter received an additional $25,000 bonus for his first-round submission of Wagner Silva in the “TUF: Brazil 3” semifinals.

Edimilson Souza shared “Fight of the Night” honors with Mark Eddiva, though it was Souza who would come out on top of their hard-fought featherweight affair.