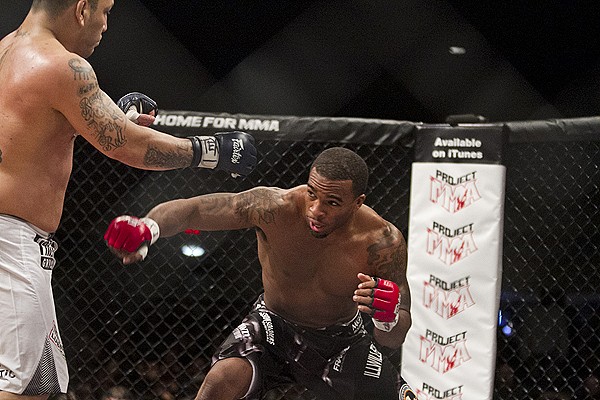 Gerald Harris will make his welterweight debut on just one week’s notice, stepping in for Marcus Aurelio to take on Mike Bronzoulis at Legacy Fighting Championship 11.

Legacy FC promoter Mick Maynard informed Sherdog.com of the news on Friday afternoon, also revealing that Aurelio did not secure his fight license in time to compete. Harris’ contract with Legacy is a multi-fight deal, though the exact details of the agreement were not revealed. MMAJunkie.com first reported the switch.

Harris, 32, rides a three-fight winning streak into his return to the Legacy cage. “Hurricane” fought as a middleweight for the UFC four times in 2010, earning three consecutive knockouts before dropping a unanimous decision to hard-hitting Brazilian Maiquel Falcao and receiving his Octagon release.

After stumbling against future UFC talent James Head to start last year, Harris posted a pair of wins to close out 2011, outpointing Anthony Ruiz in May and Kazuhiro Nakamura in September. Harris was last seen competing on Feb. 24, earning a unanimous nod over Eric Davila at Legacy FC 10.