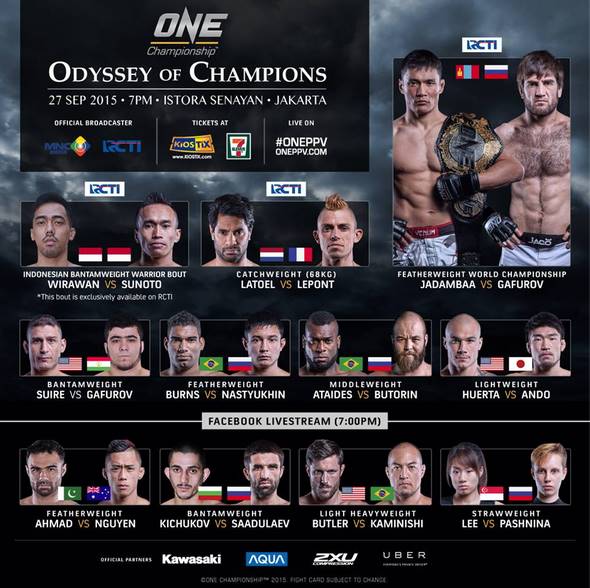 The one-time Sports Illustrated cover boy will collide with Sengoku vet Koji Ando (11-4-2) on One Championship’s Sept. 27 card in Jakarta. The event will air globally on Internet pay-per-view.

“One Championship’s return to Jakarta will be incredible, as we have prepared an amazing lineup of fights for fans eager to witness world-class MMA live,” said One CEO Victor Cui in a press release distributed to the media Wednesday morning.