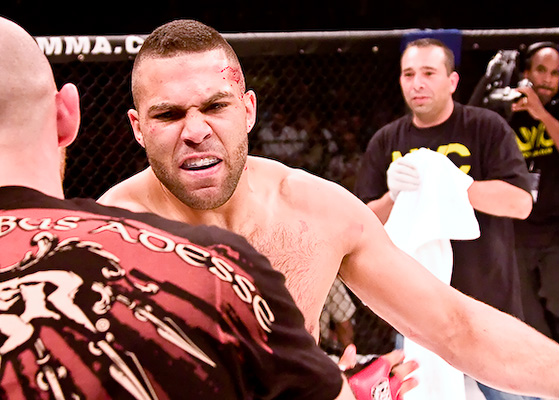 Three-time UFC veteran Kris McCray has signed a short-term contract to compete for Bellator Fighting Championships, Sherdog.com recently confirmed with a source close to the fighter.

Terms of the deal were not disclosed, but Sherdog has verified that McCray will make his promotional debut against American Top Team product Ailton Barbosa on April 13 at Bellator 65 in Atlantic City, N.J. MMAWeekly.com first reported McCray’s signing, and MMADiehards.com initially revealed the welterweight’s opponent and debut date.

The runner-up on the 11th season of “The Ultimate Fighter,” McCray was dealt three consecutive losses in the Octagon before receiving his walking papers last year. The “Savage” began his career a perfect 5-0 prior to joining the cast of “TUF 11” in 2010. After falling by submission to Court McGee at the live season finale, McCray was again forced to tap out in his sophomore effort, losing via kneebar to Carlos Eduardo Rocha at UFC 122.