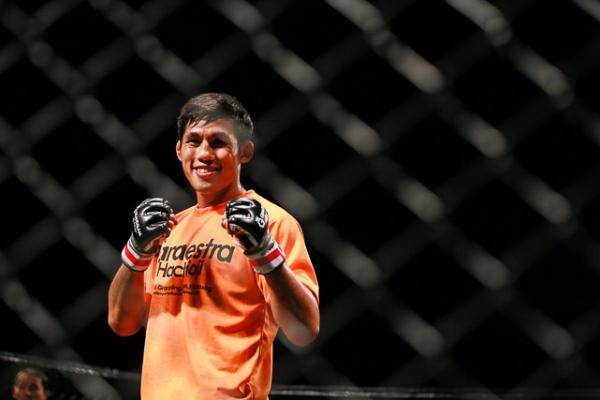 Nam Phan is heading back to Japan this fall. | Taro Irei/Sherdog.com


Two weeks after making a successful post-UFC debut, Nam Phan has signed on to compete for long-running Japanese organization Pancrase.

The promotion Monday announced that Phan will meet Yuki Baba in a three-round featherweight contest at Pancrase 261. The event takes place Oct. 5 at Tokyo’s Differ Ariake arena and will also feature a 120-pound bout between former Shooto contender Hiroyuki Abe and Yukitaka Musashi.

Phan, 31, snapped the three-fight losing skid which led to his Octagon exit when he punched out Kenichi Ito in the first round of their July 13 meeting at Grandslam MMA “Way of the Cage” in Tokyo. The stoppage marked Phan’s first knockout since 2009, having gone the distance in all eight of his UFC appearances.

Baba is currently Pancrase’s top-ranked featherweight, due largely to his March 30 knockout of American Guy Delumeau. A training partner of current UFC lightweight Naoyuki Kotani, the 27-year-old “Brave Devil” will look to add Phan’s name to his résumé and earn a shot at reigning King of Pancrase Takumi Nakayama.