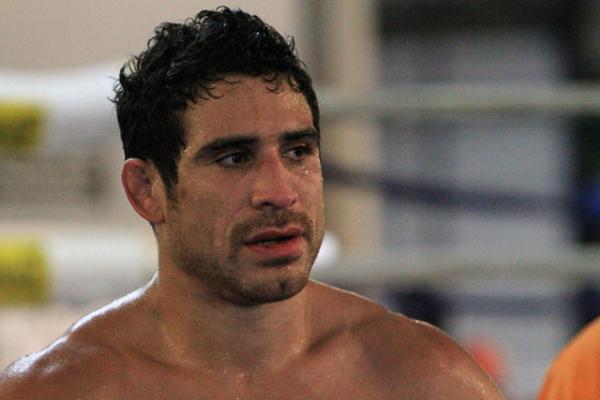 All 20 fighters who competed at UFC on FX 5 this past Friday were handed a minimum seven-day suspension by the Minnesota Office of Combative Sports, and seven of the card’s combatants face longer layoffs.

Lightweight Danny Castillo was issued the most significant suspension after suffering a second-round knockout at the hands of Michael Johnson. “Last Call” was suspended indefinitely and must receive neurological clearance before returning to action. Additionally, the WEC veteran must spend at least 60 days out of competition, avoiding contact in his training for a minimum of 45 days.

UFC on FX 5 took place at the Target Center in Minneapolis. The Oct. 5 event saw former EliteXC champion Antonio Silva knock out Hawaiian prospect Travis Browne in their headlining heavyweight affair. Prior to absorbing several heavy blows that led to the referee stoppage, Browne sustained a torn hamstring midway through the bout’s opening frame. He received a 30-day medical suspension with no contact for 14 days.

Main card competitors Jay Hieron and Jussier da Silva also received suspensions following their respective defeats to Jake Ellenberger and John Dodson. Both “The Thoroughbred” and “Formiga” now find themselves sidelined for 30 days and must avoid contact for two weeks.

Additionally, “Fight of the Night” winners Bart Palaszewski and Diego Nunes will each be out of action for 45 days following their three-round featherweight affair, and welterweight Aaron Simpson will be on the shelf for a full two months after sustaining a knockout courtesy of Mike Pierce.

Travis Browne: suspended 30 days due to technical knockout; no contact for 14 days

Jay Hieron: suspended 30 days due to laceration; no contact for 14 days

Danny Castillo: suspended indefinitely, must receive neurological clearance; suspended mandatory 60 days due to knockout with no contact for 45 days

Diego Nunes: suspended 45 days due to lacerations; no contact for 30 days

Bart Palaszewski: suspended 45 days due to lacerations; no contact for 30 days

Aaron Simpson: suspended 60 days due to knockout; no contact for 45 days