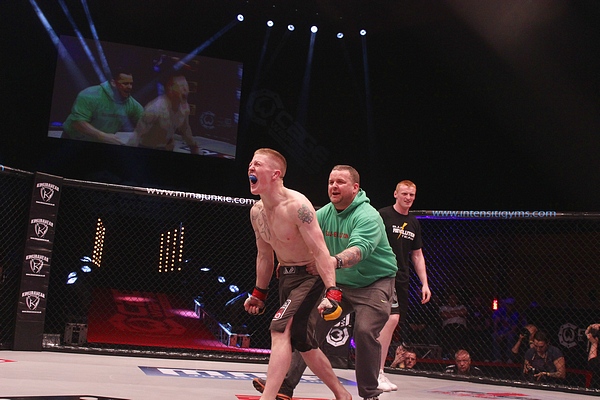 
Paul Redmond will make his Octagon debut on short notice, as the Irish submission specialist has been tapped as a late replacement for UFC on Fox 14 “Gustafsson vs. Johnson.”

UFC on Fox 14 takes place at Tele2 Arena in Stockholm and is headlined by a pivotal matchup between light heavyweight contenders Alexander Gustafsson and Anthony Johnson.

Redmond, 28, is a veteran of England’s Cage Warriors Fighting Championship, where he has emerged victorious from seven of his last eight bouts. “Redser” went 2-0 in 2014, including a win over Alexis Savvidis in August which saw the Irishman score his third submission via toe hold.

A product of the famed American Top Team, 23-year-old Bektic has yet to taste defeat in his MMA career. Bektic improved to 8-0 last April, when he made a successful UFC debut with a majority decision win against Chas Skelly at UFC on Fox 11.