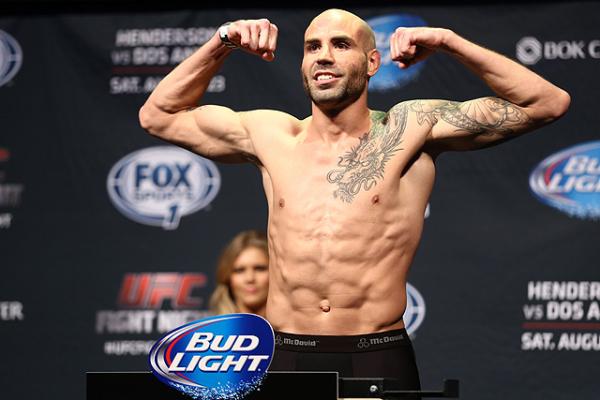 
Ben Saunders will lock horns with Kenny Robertson at UFC on Fox 16.

Promotion officials recently announced the welterweight matchup. UFC on Fox 16 takes place at the United Center in Chicago on July 25 and is headlined by a bantamweight title rematch between T.J. Dillashaw and Renan Barao.

Saunders has won five of his last six fights, including two straight inside the Octagon. “Killa B” returned to the UFC in 2014 following a four-year hiatus to post back-to-back triumphs over Chris Heatherly and Joe Riggs. The Bellator MMA veteran has finished 15 of his 18 career triumphs inside the distance.

Robertson, meanwhile, enters the bout with Saunders on a three-fight winning streak. He last appeared at UFC on Fox 14, where knocked out Sultan Aliev in the opening frame. Thirteen of the 31-year-old’s 15 professional victories have come via knockout, technical knockout or submission.