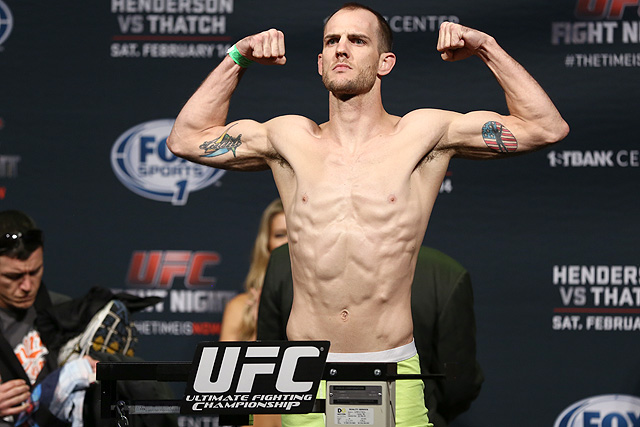 Cole Miller has been a fixture in the UFC featherweight division. | Photo: Dave Mandel/Sherdog.com


Two featherweights looking to get back on the winning track will clash when Cole Miller and Jim Alers meet at UFC on Fox 17.

Miller, 31, has spent the past eight years competing inside the Octagon and has compiled a UFC record of 10-7 with seven wins by way of submission. The American Top Team product won back-to-back bouts against Andy Ogle and Sam Sicilia before being outpointed by hot prospect Max Holloway in February.

Alers, 28, is a former Cage Warriors Fighting Championship titlist who made his UFC debut in April 2014 with a split-decision victory against Alan Omer. “The Beast” had a nine-fight winning streak snapped in February when he was knocked out by Chas Skelly in the second round.