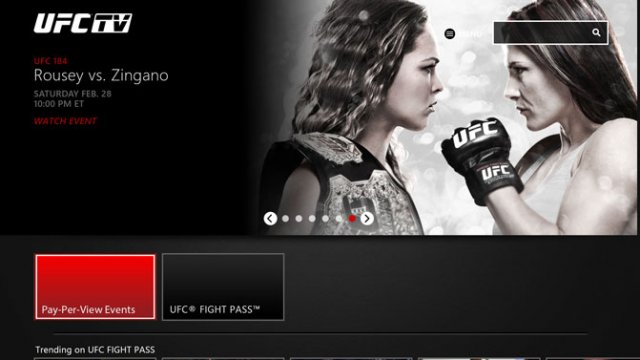 Owners of the Xbox One now have one more option for watching UFC Fight Pass or pay-per-views on their television.

Ultimate Fighting Championship officials on Tuesday have announced that its UFC.tv app is now available for the Xbox One console, making content such as UFC Fight Pass and live PPVs accessible around the globe.

More information on the app can be discovered here.

Sorry, PlayStation fans: the UFC has not made public any plans or potential release date for a PS4 UFC.tv app.