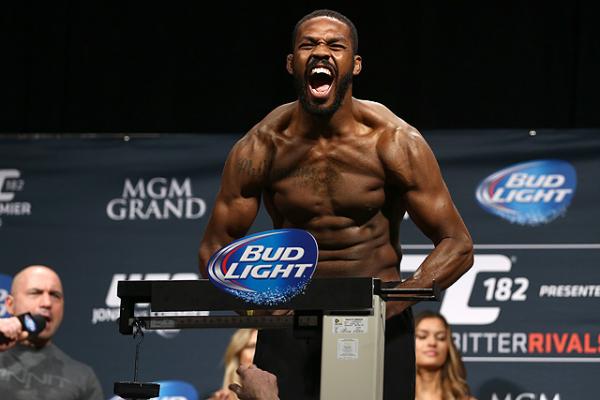 
While test results released by the Nevada Athletic Commission indicate that Jon Jones did not take exogenous testosterone ahead of UFC 182, Victor Conte does not seem to be completely convinced that the light heavyweight champion should be free and clear.

The Bay Area Laboratory Co-Operative (BALCO) founder and president recently appeared on the Sherdog Radio Network’s “Beatdown” show to discuss the use of performance enhancing drugs in mixed martial arts and the effectiveness of the current testing methods. Conte was particularly interested in Jones’ testosterone-to-epitestosterone (T/E) ratio and total testosterone level leading up to his triumph over Daniel Cormier on Jan. 3.

Jones had his T/E levels measured on three occasions -- an extra test was ordered because his first sample was diluted -- as part of out-of-competition drug testing ordered by the NAC. His ratio in the three tests were 0.29:1, 0.35:1 and 0.19:1, well below the normal ratio (1.3:1) for an average African-American male, according to Conte. In addition, Jones’ testosterone levels in those three tests were 1.8 ng/mL, 0.59 ng/mL and 4.9 ng/mL; the average level for a male is 61.3 ng/ML.

However, the NAC later revealed to MMAJunkie.com that Carbon Isotope Ratio testing was performed on each of Jones’ drug tests, including a pair of post-fight samples, and the results came back clean. Although the CIR tests would be able to detect if Jones had been using exogenous testosterone, Conte remains skeptical not only of the champion’s low overall levels, but of the great variance in Jones’ T/E ratios as well.

“If they see a deviation in the T/E ratio of greater than 30 percent, there is something up. That’s a red flag,” Conte explained. “If you look at Daniel [Cormier’s] two ratios, they were .42 and .47; that’s about an eight percent deviation. If you look at the numbers for Jon Jones, his was basically an 80 percent deviation. His is suspicious and Daniel Cormier’s is not. It’s not just that he’s got very low [testosterone] levels, much lower than Daniel. Daniel’s are normal, his are extremely low.”

“These are highly suspicious for Jon Jones, in my opinion,” Conte said. “This is the reason that sophisticated anti-doping officials do target testing. So based on what we see here, my opinion is Jon Jones should be on a very short leash and should be random tested here until they sort out why he has these anomalies.”

That Jones’ levels were as low as they were should raise a red flag, according to Conte, because the use of performance enhancing drugs could be a potential culprit.

“The question is what was suppressing his testosterone production for that period of time. Something caused it to go down, and I do not believe it was overtraining,” Conte said. “Exogenous testosterone and other steroids in a period of time, depending on dosage and method of administration, can completely shut your testosterone and epitestosterone levels in urine to 0....The levels being low there can be many explanations. [People say], ‘Well maybe it’s because he was taking cocaine.’ There’s no solid science out there that shows cocaine lowers testosterone.

"Typically without using drugs with black males, 50 to 150 would be the normal range [for testosterone], compared to Jon Jones came back his highest level was 4.9. Even on the low end he’s only got 10 percent of that. It’s really, really low,” Conte continued. “It wasn’t just that one time. The first part of December when he tested again the second time it’s still relatively low. Those are in my opinion just highly suspicious, very, very low levels.”