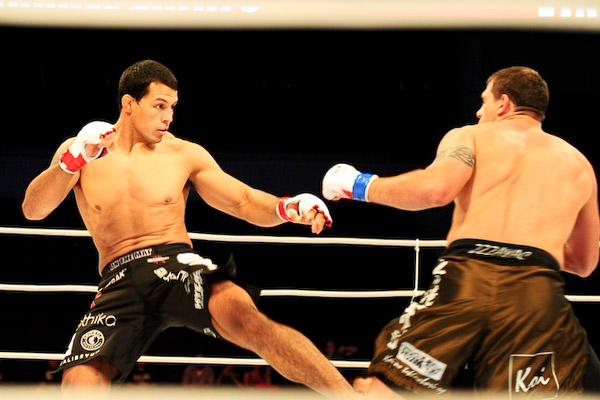 Recent UFC acquisition Vinny Magalhaes now has a date attached to his Octagon return, as the Brazilian is expected to face Igor Pokrajac at UFC 152 on Sept. 22.

The booking was first reported by Sportsnet's Joe Ferraro, and Sherdog.com confirmed with a source close to the contest that bout agreements were issued on Wednesday. UFC 152 takes place at Toronto's Air Canada Centre and will be headlined by a flyweight title confrontation between Joseph Benavidez and Demetrious Johnson. The evening's pay-per-view card will also showcase a pivotal middleweight collision in the co-main event, as former “Ultimate Fighter” winner Michael Bisping squares off with onetime a WEC champion Brian Stann.

Magalhaes, 28, re-enters the Octagon as M-1 Global's most recent light heavyweight champion. “Pezao” captured the M-1 belt last year by submitting Viktor Nemkov with an inventive gogoplata neck crank and then defended his title last October by knocking out Mikhail Zayats at M-1 Challenge 27. Magalhaes' last UFC appearance occurred in 2009, when he fell via decision to Eliot Marshall following his technical knockout defeat at the hands of Ryan Bader at the “TUF 8” finale.

Pokrajac, meanwhile, has competed steadily in the UFC since 2009, racking up a 4-3 promotional record. The Croat has won three straight fights heading into his expected clash with Magalhaes, earning first-round stoppages of Todd Brown and Krzysztof Soszynski before edging a game Fabio Maldonado two months ago at UFC on Fuel TV 3. A veteran of 33 fights, “The Duke” has finished 84 percent of his career victims and has been submitted just once in his nine years as a pro.