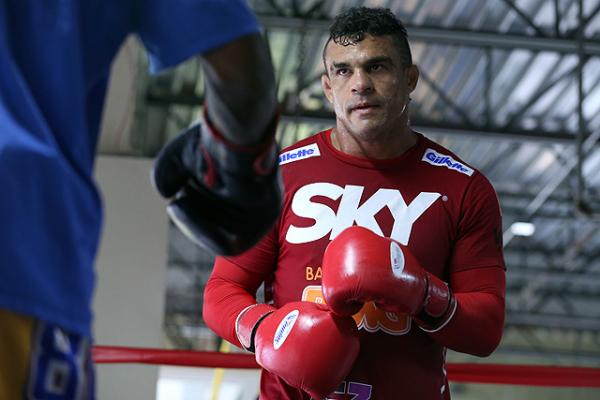 Belfort issued a statement via Instagram, remarking that he wished to address questions concerning the test prior to his upcoming hearing before the NAC. The document also included the results of the Feb. 7 test -- which Belfort failed due to elevated levels of testosterone -- as well as the results of several subsequent tests. The statement may be viewed in full here.

“At the time that test was taken, I was considering filing for a therapeutic use exemption (TUE) for testosterone replacement therapy (TRT) from the NSAC,” Belfort wrote. “While I had not made formal application for a TUE, the NSAC nonetheless requested I take the test and I willingly complied. I further confirmed to the NSAC, in writing, the widely known fact that I was then presently on TRT and had been for many years leading up to that test and that I had further taken the TRT dosage recommended by my doctors the day prior.

Results from the Feb. 7 test show Belfort’s testosterone level at 1,472 ng/dl (nanograms per deciliter), well above the average male range of approximately 300 to 1,100 ng/dl. However, Belfort’s most recent test, dated May 29, showed a level of 142 ng/dl.

After failing the drug test, Belfort withdrew from his UFC middleweight title bout against Chris Weidman and was replaced by Lyoto Machida. Less than one month later, the NAC announced its ban on all TUEs for testosterone replacement therapy; Belfort stated that he discontinued his TRT regimen on the same day.

Belfort is currently seeking a license in Nevada in order to face another former TRT patient, Chael Sonnen, at UFC 175, which takes place July 5 at Mandalay Bay Events Center.