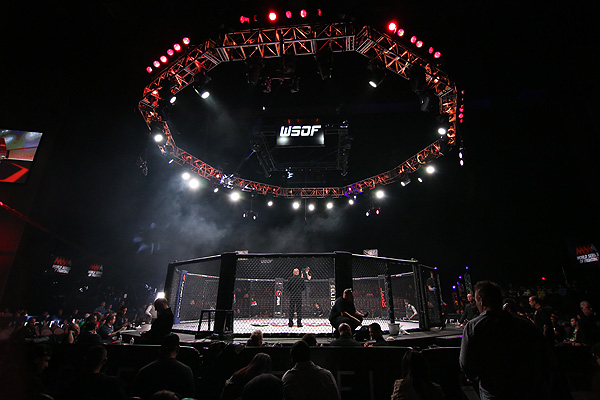 The World Series of Fighting’s sophomore event averaged 210,000 viewers during its broadcast on NBC Sports Network this past Saturday.

WSOF officials announced the figure on Wednesday, also revealing that the two-and-a-half-hour broadcast peaked with 332,000 during the evening’s heavyweight main event between Anthony Johnson and Andrei Arlovski. “Rumble” took a hard-fought victory over the former UFC heavyweight champion, flooring Arlovski at the end of round one en route to earning a nod from the cage-side judges. The broadcast, which went head-to-head with the NCAA Basketball tournament on CBS, immediately followed a live preliminary card stream on Sherdog.com.

While the reported average represents only a slight increase from the promotion’s debut effort last November, which earned 198,000 viewers, the show’s peak viewership is a large step up from WSOF 1, which peaked with 228,000 viewers. Additionally, the show’s immediate encore broadcast attracted 140,000 observers, a sharp increase from the replay of WSOF 1, which netted just 80,000 viewers, though that replay aired the following night.