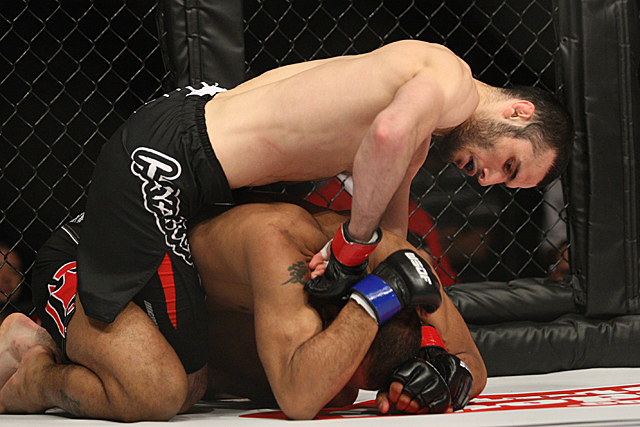 
World Series of Fighting 22 is down to two title bouts, as Magomed Bibulatov has been forced to withdraw from his flyweight championship clash against Donavon Frelow.

Frelow will remain on the card, but will likely compete on the preliminary draw against a new opponent in a non-title affair. Meanwhile, a lightweight clash between Jimmy Spicuzza and Islam Mamedov has been added to the evening’s main card. Promotion officials announced the changes on Wednesday. A fifth main-card bout is expected to be announced soon.

Spicuzza is 3-1 during his WSOF tenure, including a split-decision triumph over Benny Madrid in his most recent outing at WSOF 19. The Drysdale Jiu-Jitsu representative is 6-2 as a professional overall. Mamedov, meanwhile, has been victorious in 11 of 12 appearances. He made his WSOF debut on April 10, earning a technical knockout victory over Leon Davis 4:42 into the opening frame.