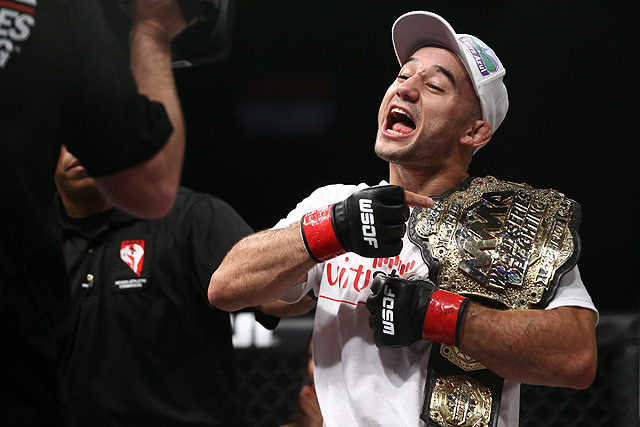 The Nevada Athletic Commission on Monday released a list of disclosed payments from the event, which took place Aug. 1 at Planet Hollywood Resort and Casino in Las Vegas. Moraes retained his belt in the show’s co-headliner, as the streaking Brazilian took out countryman Sheymon da Silva Moraes ($10,000) with a third-round rear-naked choke.

WSOF welterweight champ Rousimar Palhares received only half of his winnings from his third-round kimura finish of Jake Shields in the evening’s main event. Palhares, who repeatedly gouged Shields’ eyes before holding on too long to the fight-ending submission, was paid his $40,000 “show” money; however, the Brazilian’s $40,000 win bonus was withheld by the commission. Shields, who could also face disciplinary action for punching Palhares after the end of the fight, earned $35,000 in defeat.

Note: The disclosed purses reported by state athletic commissions do not include any performance-based or discretionary bonuses that may be awarded to a fighter by the promotion. Additionally, the reported figures do not reflect any deductions made by the commission for taxes, insurance, etc., and do not include any sponsorship money that a fighter may acquire for their performance.