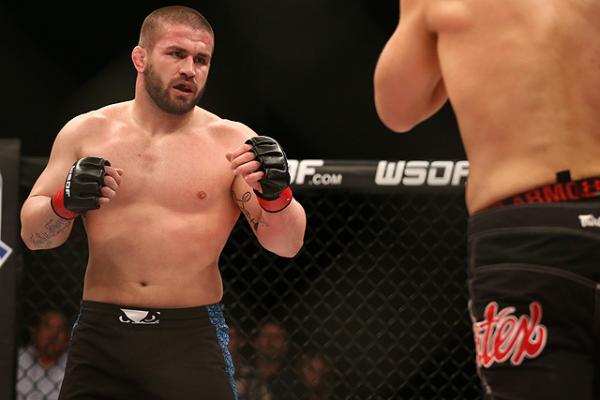 
The lineup for World Series of Fighting 23 is now complete with the addition of seven preliminary contests, including a featured middleweight matchup between the unbeaten Vagab Vagabov and Kelvin Tiller.

Promotion officials revealed the complete card on Tuesday. Other notable prelim bouts include a 185-pound clash between Clifford Starks and Krasimir Mladenov and a lightweight showdown pitting Isaac Vallie-Flagg against Estevan Payan.

WSOF 23 takes place at Comerica Theatre in Phoenix on Sept. 18 and is headlined by a 155-pound title rematch between Justin Gaethje and Luis Palomino. The evening’s main card airs on NBC Sports beginning at 7 p.m. ET/4 p.m. PT, while the preliminary draw streams on WSOF.com immediately prior.

A native of Dagestan, Vagabov is unbeaten in 15 professional outings, including 11 triumphs inside the distance. The 29-year-old has fought once thus far in 2015, defeating Chris Katanga via second-round TKO on April 18.

Tiller, meanwhile, is 7-1 in MMA but dropped a three-round verdict to Elvis Mutapcic in his WSOF debut in August 2014. “The Mama’s Boy” last appeared at Shamrock Promotions “Heavy Artillery” on March 7, when he choked out Marcus Sursa in the second round.

The rest of the WSOF 23 preliminary lineup includes: Matthew Frincu vs. Danny Davis Jr. at welterweight; Andres Ponce vs. David Nuzzo at bantamweight; Randy Steinke vs. Joey Miolla at bantamweight; and Benny Madrid vs. Jeff Fletcher at lightweight.