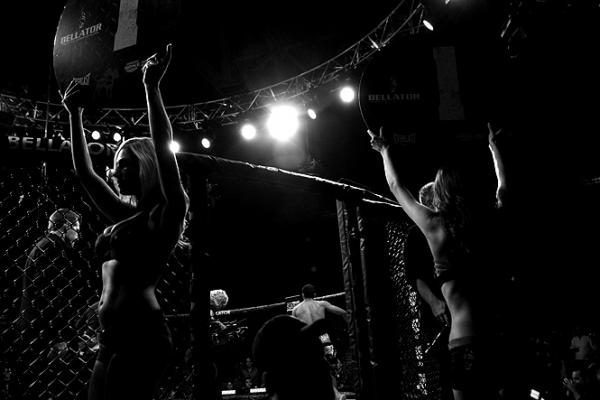 The World Series of Fighting recently fired a shot in the direction of Bellator MMA, challenging the Viacom-owned organization to a co-promotional pay-per-view event.

WSOF officials recently tweeted an image of a hypothetical fight card, and matchmaker Ali Aziz appeared on “The MMA Hour” to verify the challenge.

The proposed 10-fight bill would be topped by a light heavyweight showdown between WSOF’s Tyrone Spong and Bellator’s Quinton Jackson. An additional 205-pound pairing between Anthony Johnson and Bellator champ Attila Vegh was also listed on the fantasy card.

While Bellator did not immediately respond to a request for comment, the organization is no stranger to the concept of a cross-promotional challenge. Bellator CEO Bjorn Rebney challenged Strikeforce to a champion-versus-champion meeting between Alvarez and then-Strikeforce king Gilbert Melendez -- a meeting that never materialized.

Neither Bellator nor WSOF has held a pay-per-view show yet, with the former currently broadcasting on Spike TV and the latter airing on NBC Sports Network. Bellator was expected to make its pay-per-view debut this past November, but the event was changed to a cable broadcast after headliner Tito Ortiz was forced to withdraw from the main event with a neck injury.