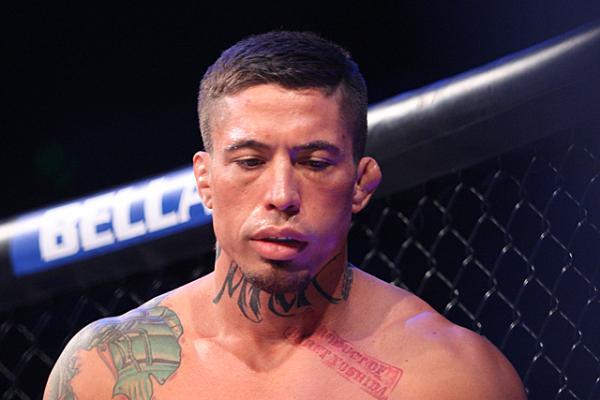 
War Machine could be looking at life in prison without parole.

The ex-Bellator and UFC fighter made his first appearance in Las Vegas court on Wednesday. According to a report in the Las Vegas Review-Journal , prosecutors added several new charges against the mixed martial artist formerly known as Jonathan Paul Koppenhaver that date back to May 2013.

Koppenhaver originally faced nine charges in relation to an alleged attack on ex-girlfriend Christy Mack and another victim, Corey Thomas, on Aug. 8. Now he is looking at a total of 32 charges, including attempted murder, sexual assault, battery, coercion, preventing or dissuading a witness or victim from reporting a crime, and first-degree kidnapping resulting in substantial bodily harm, according to the Review-Journal.

Chief Deputy District Attorney Jacqueline Bluth revealed during the proceedings that Mack has undergone several surgeries since the attack and will likely need more procedures as she faces a “long haul” to recover.

Koppenhaver was arrested by the U.S. Marshal Service and local police at an Extended Stay America Hotel in Simi Valley, Calif., on Aug. 15 following a week-long manhunt. He is currently being held without bail, with his next court appearance scheduled for Oct. 17.

Koppenhaver last competed for Bellator on Oct. 18, 2013, submitting to a rear-naked choke in the first round against Ron Keslar at Bellator 104. The promotion released the fighter from his contract shortly after details regarding his alleged assault were released.