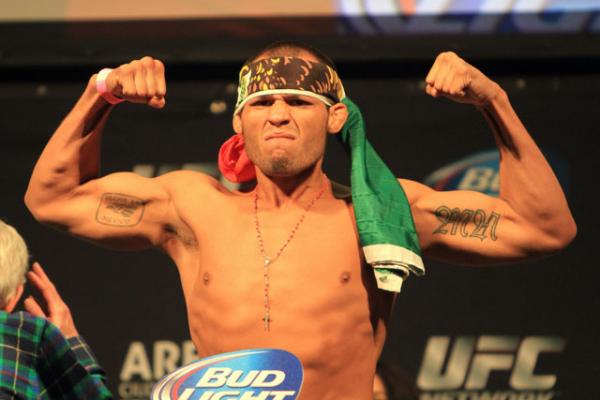 
A welterweight matchup pitting Albert Tumenov against Hector Urbina has been added to UFC 188.

Promotion officials announced the pairing on Tuesday. UFC 188 takes place June 13 at Mexico City Arena in Mexico City and is headlined by a heavyweight title bout between Cain Velasquez and Fabricio Werdum.

After dropping his UFC debut against Ildemar Alcantara via split decision, Tumenov has bested Anthony Lapsley, Matt Dwyer and Nicholas Musoke in his last three Octagon appearances. The 23-year-old Russian is 15-2 overall, with 10 of his triumphs by way of knockout or technical knockout.

Urbina, 27, is coming off a successful first promotional foray last November, when he submitted Edgar Garcia with a first-round guillotine in their encounter at UFC 180. “El Toro” is 17-8-1 as a pro, including 14 triumphs inside the distance.