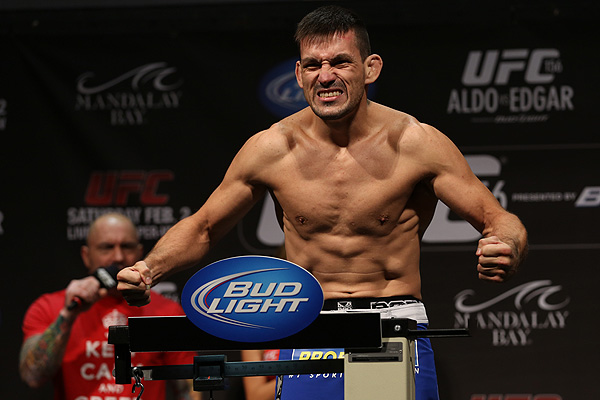 A welterweight showdown between Demian Maia and Jake Shields will headline UFC Fight Night 29 on Oct. 9.

“The Ultimate Fighter: Brazil” winner Rony Mariano Bezerra will also be in action, as “Rony Jason” squares off with the hard-punching Jeremy Stephens. Also at featherweight, Hacran Dias will take on Rodrigo Damm, while Raphael Assuncao will do battle with T.J. Dillashaw at 135 pounds.

A pair of light heavyweight confrontations was also announced, as Brazilians Thiago Silva and Fabio Maldonado lock horns with Matt Hamill and Joey Beltran, respectively. Rounding out the announced card, WEC and Strikeforce vet Chris Cariaso will look to halt a two-fight skid when he faces Iliarde Santos in a flyweight duel.

Maia, 35, has not lost since cutting to 170 pounds last year, posting three consecutive victories in just over 13 months of welterweight competition. The Brazilian jiu-jitsu ace closed out 2012 with quick finishes of both Kim and Rick Story before kicking off this year with a one-sided decision win over perennial Top-5 talent Jon Fitch this past February at UFC 156.

Shields, meanwhile, has found mixed results in his last five outings after posting a 15-fight winning streak from 2005 to 2010. The former Strikeforce middleweight king unsuccessfully challenged Georges St. Pierre for the UFC welterweight crown in 2011 before briefly returning to 185 pounds last year. Though the 34-year-old saw a decision win over Ed Herman changed to a no-contest after testing positive for a banned substance one year ago, the Cesar Gracie pupil returned to the win column on June 15, when he took a lackluster split decision from Tyron Woodley at UFC 161.