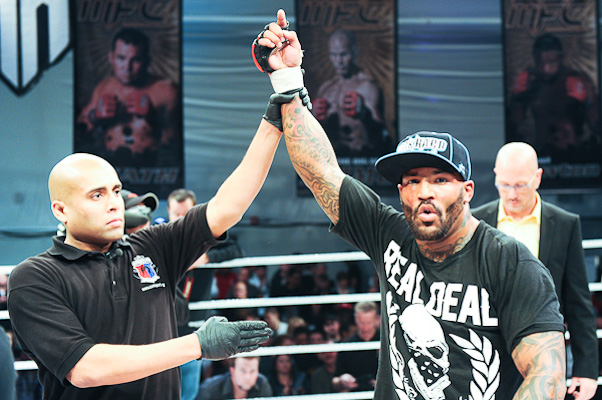 Top Canadian talent Ryan Ford will likely make his Bellator Fighting Championships debut on May 4, as a welterweight confrontation between “The Real Deal” and Luis Santos is in the works for Bellator 67.

Sherdog.com confirmed the news with sources close to the fighters on Friday. The promotion has yet to announce any matchups for the event, which takes place at Casino Rama in Rama, Ontario, marking the promotion’s fourth trip to Canada in less than a year.

A winner in five of his last six outings, Ford recently rebounded from a September submission defeat to David Hulett, knocking out Ricky Goodall on Feb. 11. The 10-time Maximum Fighting Championship veteran signed with Bellator this past summer, but his debut date remained a mystery until now. The Canadian has never competed outside of his home country and has finished 16 of his 17 career victims by either knockout or submission.

Santos is a veteran of 58 professional fights and holds nearly 12 years of experience to his credit. The Brazilian debuted with Bellator in September, outpointing Dan Hornbuckle in the Season 5 welterweight tournament quarterfinals. However, “Sapo” was stopped by Ben Saunders in the next round, submitting to a keylock at Bellator 53. The loss marked Santos’ first defeat since May 2009.

Andy Cotterill contributed to this report