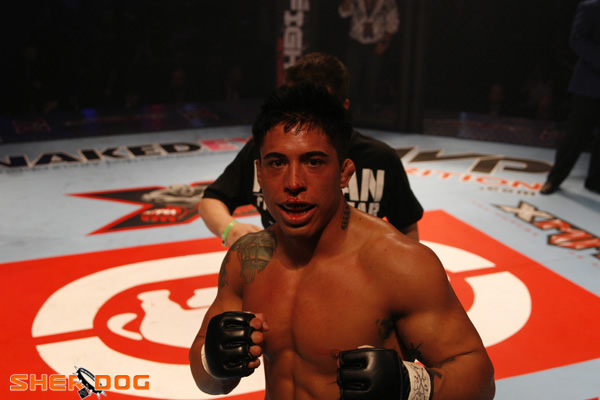 War Machine will return to the Bellator cage on June 19, when the welterweight clashes with World Extreme Cagefighting veteran Blas Avena at the 2013 Summer Series premiere on Spike TV.

Born Jon Koppenhaver, War Machine was expected to compete in both the Season 6 and 8 welterweight tournaments but saw his plans derailed by a one-year jail sentence and then a leg injury. The 31-year-old last competed in November 2011, when he stopped fellow UFC alum Roger Huerta on third rounds strikes at a local show in Texas.

Avena, 29, makes his second Bellator appearance on the heels of a successful promotional debut on Feb. 28, when he knocked out Lenny Lovato in 1:40 at Bellator 91. The Californian joined the WEC in 2007, racking up a 3-3 record under that banner before posting just one win in his next five outings.