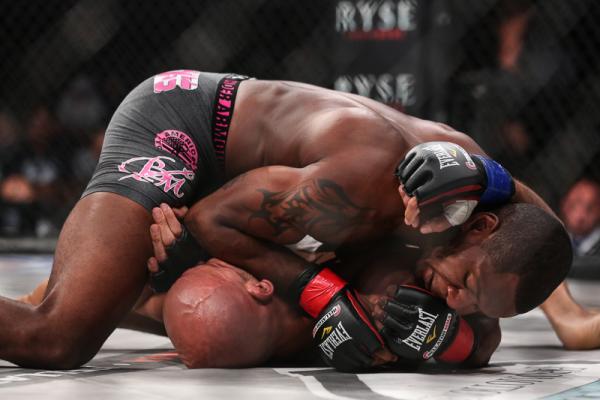 Will Brooks got his revenge at Bellator 105 against Saad Awad. | Photo: Will Fox/Sherdog.com


The wait was well worth the reward for Will Brooks.

Takedowns, ground-and-pound and a steady diet of leg kicks carried the American Top Team export to a unanimous decision over Saad Awad in the Bellator MMA Season 9 lightweight tournament semifinals at Bellator 105 on Friday at the Santa Ana Star Center in Rio Rancho, N.M. All three cageside judges arrived at the same verdict, as Brooks (12-1, 4-1 Bellator) swept the scorecards by matching 30-27 marks and avenged the only defeat of his career.

Awad (15-6, 3-2 Bellator) -- who knocked out Brooks in 43 seconds at Bellator 91 in February -- had his moments in the rematch, moving briefly to mount in the first and third rounds and threatening with a triangle choke near the end of the second. However, he spent far too much time on the bottom, victimized by repeated takedowns. Frustration grew for Awad in rounds two and three, where he attempted to talk and taunt his way into a brawl. Brooks stayed true to his game plan, pecking away with kicks and jabs on the perimeter and securing takedowns when the Millennia MMA representative moved into range.

“I’ve been through a lot to get to this point in my life,” Brooks said. “Me, my family, my friends -- we’ve all made extreme sacrifices just so I could chase one dream that every other fighter in here is chasing.” 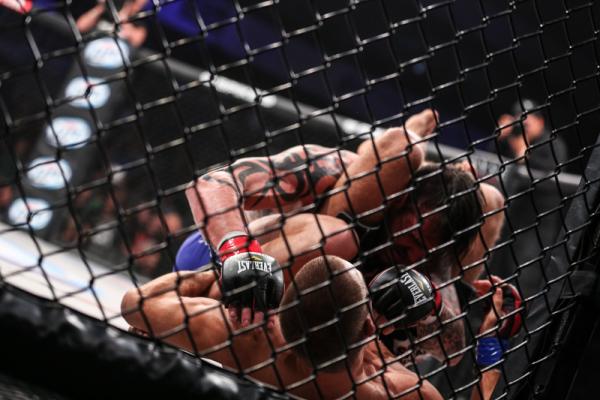 Photo: W. Fox/Sherdog.com
Sarnavskiy had his way with Tirloni.
Alexander Sarnavskiy needed a little more than a minute to submit Ricardo Tirloni with a first-round triangle choke in the Season 9 lightweight tournament semifinals. Tirloni (16-5, 3-4 Bellator) tapped out 68 seconds into round one, submitted for the first time since his July 2008 encounter with Benson Henderson under the Maximum Fighting Championship banner.

An exquisitely timed and perfectly placed spinning back fist from Sarnavskiy (25-1, 4-1 Bellator) floored the Brazilian during their initial exchange and left him unable to defend himself in a competent manner.

“Tiger” subdued a still-dazed Tirloni on the mat during a scramble, locked up the triangle and waited for the tap. 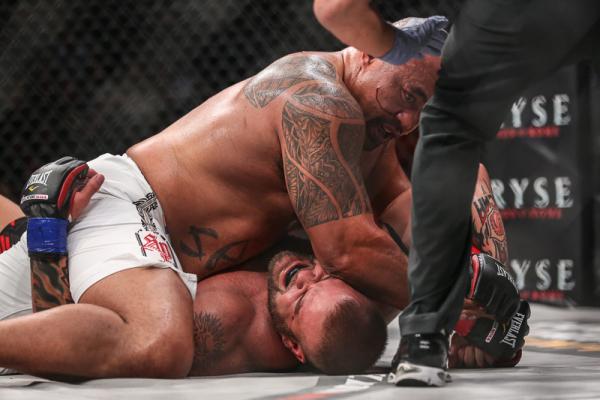 Photo: W. Fox/Sherdog.com
Mighty Mo dominated Sparks on the floor.
Samoan kickboxer Siala-Mou Siliga submitted Ron Sparks with a first-round keylock in a heavyweight showcase. Sparks (8-3, 3-3 Bellator) conceded defeat 2:52 into round two, as he suffered his third loss in as many appearances.

Siliga (5-2, 2-0 Bellator) sprawled out of a takedown attempt from the 38-year-old Kentucky native, settled into side control and went to work. The methodical “Mighty Mo” later corralled Sparks with a mounted crucifix, secured the keylock and forced the tapout. A two-time K-1 grand prix winner, Siliga has posted back-to-back wins for the first time since 2007. 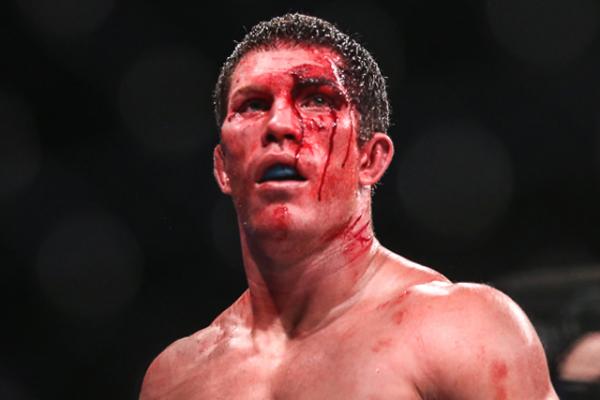 Photo: W. Fox/Sherdog.com
Bellator 105 has been a bloody night and
Keith Berry was another victim.
British Association of Mixed Martial Arts veteran Eugene Fadiora made a strong first impression in his promotional debut, as he dispatched former King of the Cage champion Keith Berry with unanswered second-round elbow strikes in a featured middleweight matchup. Fadiora (13-1, 1-0 Bellator) put his fourth consecutive victory in the books 4:19 into round two.

Berry (15-12, 2-2 Bellator) was never allowed to establish a foothold in the bout. Fadiora short-circuited the Reign MMA export with a series of clinches and trip takedowns. Once on the ground, the Englishman passed guard and unleashed short punches and elbows, one of which opened a cut near Berry’s left eye.

In the second round, Fadiora trapped the Californian in a mounted crucifix, uncorked more elbows and forced referee Rob Hinds to intervene. 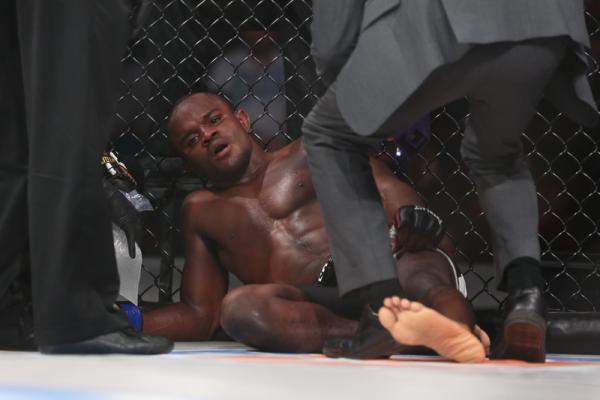