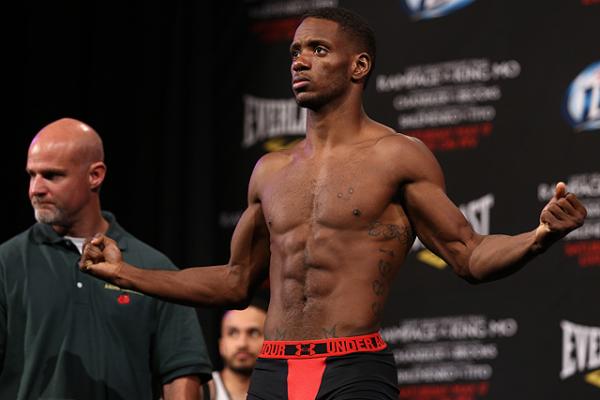 
Will Brooks let it all hang out at Bellator 120, and he became the Bellator MMA interim lightweight champion as a result.

After dropping the first two rounds of Saturday night’s pay-per-view headliner to former champion Michael Chandler, Brooks flipped the script in the third period and turned the tide of the five-round affair in his favor. Brooks mounted Chandler and punished him with ground-and-pound in addition to taking his favored opponent’s back.

“I honestly can’t even tell you [what changed between rounds two and three],” Brooks said following his win at Landers Center in Southaven, Miss. “Once we hit round three, I wasn’t thinking strategy. I was just laughing and having a good time. I blanked out and said, ‘Let’s just scrap and see what happens.’”

Brooks followed the dominant third period with another smooth effort in the fourth, clipping Chandler standing and then catching his back just before the end of the round.

“I forgot I was fighting for the belt,” said Brooks. “I’m looking at this belt, and I don’t even know if it’s real or not.”

Chander would not go quietly, however, as the former champion roared back to close out the final period, putting Brooks on the deck and then threatening with an arm-triangle choke from the mount. Nevertheless, two of the three cage-side judges awarded the round to Brooks, resulting in a split decision victory for “Ill Will.”

“I thought the round was close until I was on top with a submission [that was] very close,” said Chandler. “I’m in this sport to go out and finish fights, and I didn’t do that, [so my] hat’s off to Will Brooks.”