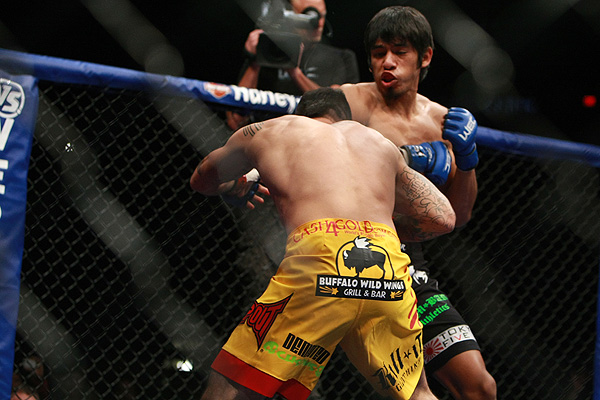 The Legacy Fighting Championship may soon crown a flyweight king, but it will not happen this summer.

Sherdog.com Thursday confirmed with Legacy promoter Mick Maynard that the planned flyweight title showdown between Will Campuzano and Jimmy Flick was scratched from the LFC 13 bill after Campuzano suffered an ankle injury. The planned co-headliner, a heavyweight championship affair between Jared Rosholt and Derrick Lewis, will now serve as the show's main event. LFC 13 takes place Aug. 17 at the Dallas Convention Center as part of the Europa Get Fit and Sports Expo and airs live on AXS TV.

Campuzano, 26, was originally supposed to meet Bellator vet Chad Robichaux for the Texas-based promotion's flyweight strap at LFC 12 last month, but that bout was canceled just hours prior to the event after Robichaux was forced to withdraw due to medical issues. Campuzano has won back-to-back fights since receiving his UFC release in early 2011.

Flick is undefeated through his five-fight career. The 21-year-old last competed on June 30, finishing Adan de la Garza with an arm-triangle choke, a maneuver “The Brick” has used to stop three of his five career victims in his two years as a professional.