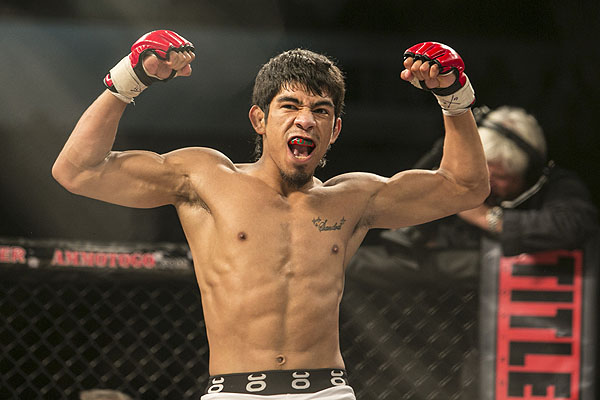 Legacy Fighting Championship flyweight titlist Will Campuzano will defend his belt against Allan Nascimento on April 12 in the LFC 19 main event.

Promoter Mick Maynard announced the upcoming contest to Sherdog.com on Thursday, also revealing that UFC veteran Junior Assuncao will make his Legacy FC debut at the event, which takes place at the Allen Event Center in the Dallas suburb of Allen, Texas.

Additionally, bantamweight talent Matt Hobar will take on Nelson Salas during the evening’s AXS TV-broadcast main card, with the winner receiving a shot at the bantamweight title against Angel Huerta in July. Once-beaten welterweight Sean Spencer will also be in action against Roy Spoon, and bantamweights Ryan Benoit and Eli Tamez will compete against to-be-named opponents.

Campuzano, 26, has won three straight fights heading into his first flyweight title defense, winning the belt in his most recent in-cage appearance by stopping Jimmy Flick at LFC 16 on Dec. 14. A UFC and WEC veteran, Campuzano owns nine of his 11 victories by either knockout or submission and has not tasted defeat since his final Octagon appearance in January 2011.

Just 21 years old, Nascimento has posted seven consecutive wins to start his career, submitting Terry Acker with a kneebar in his Legacy debut back in July. “Puro Osso” followed that triumph with another submission victory, as Nascimento finished Leandro Charles with a heel hook in just 1:43 under the Predator FC banner on Aug. 11.